Title: Internet of Everything for the New Industrial Revolution 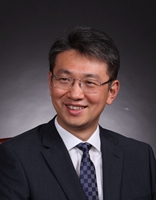 Abstract: I will introduce our ongoing Industry Internet project and focus on the opportunities and challenges in AIOT and Edge Computing.

Bio: Yunhao Liu, ACM Fellow and IEEE Fellow, MSU Foundation Professor at the Department of Computer Science and Engineering in Michigan State University. Yunhao received his BS degree in Automation Department from Tsinghua University in 1995, and an MS and a Ph.D. degree in Computer Science and Engineering at Michigan State University in 2003 and 2004, respectively. Yunhao was in the faculty of the Department of Computer Science and Engineering at the Hong Kong University of Science and Technology from 2004 through 2011 and the School of Information Technology at Tsinghua University from 2011 through 2013, and the Dean of School of Software of Tsinghua University from 2013 through 2017. Yunhao is an ACM Distinguished Speaker and the recipient of the IOT Young Achievement Award from the China Computer Federation (2016), the ACM Presidential Award (2013), the China National Natural Science Award (2012), and the NSF China Distinguished Young Scholar Award (2011). He has authored/co-authored three books and more than 220 research papers. He received 4 Best Paper Awards in international leading conferences and has an h-index of 77. 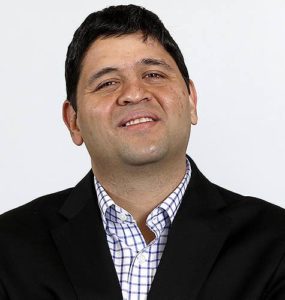 Abstract: The emerging 5G infrastructure has enabled development of next generation internet-centered distributed applications that are driven primarily by quality of service considerations. Such Internet-centered distributed applications may include streaming applications, distributed workflows, and web service mashups. Since these applications are architected and developed using resources and services that may belong to different organizational domains, access to the underlying resources and services is governed by the security and privacy policies of the respective resource owner domains. Quality of service is a critical parameter even when designing and enforcing security and privacy mechanisms for such applications. In this talk, we present some of the key challenges in developing light weight solutions for security and privacy specification, management, and enforcement in the cloud/edge computing environment. We also discuss a blockchain based solution for security policy enforcement, and then discuss potential avenues for future work in this area.

Bio: Jaideep Vaidya is a Professor in the MSIS  Department at Rutgers University. He received the B.E. degree in Computer Engineering from the University of Mumbai, the M.S. and Ph.D. degree in Computer Science from Purdue University. His general area of research is in security, privacy, data mining, and data management. He has published over 170 technical papers in peer-reviewed journals and conference proceedings, and has received several best paper awards from the premier conferences in data mining, databases, digital government, security, and informatics. He is an ACM Distinguished Scientist, and is the Editor-in-Chief of the IEEE Transactions on Dependable and Secure Computing. Abstract: Communication overhead poses an important obstacle to distributed DNN training and draws increasing attention in the community in recent years. In this talk, I will first overview some existing efforts toward this challenge, study their advantages as well as shortcomings, and further present a novel solution exploiting the domain-specific properties of deep learning to optimize communication overhead of DNN training in a fine-grained manner. Our approach consists of several key innovations beyond prior work such as, bounded-loss tolerance data transmission, gradient-aware flow scheduling, and order-free per-packet load-balancing, etc., delivering up to 84.3% additional training acceleration over the best existing solutions. Our proposal by no means provides an ultimate answer to this challenging question, instead, I hope this talk can stimulate more critical thinking about networking for AI.

Bio: Kai Chen is an Associate Professor of HKUST, Director of System Networking Lab (SING Lab), and Executive Vice-President of Hong Kong Society of Artificial Intelligence & Robotics (HKSAIR). His areas of interest include Data Center Networking, Machine Learning Systems, and Privacy-preserving AI infrastructure. His work has been published in various top venues such as SIGCOMM, NSDI and TON, etc., including a SIGCOMM best paper candidate. He is the Steering Committee Co-chair of APNet, serves on Program Committee of SIGCOMM, NSDI, INFOCOM, etc., and editorial board of IEEE/ACM Transactions on Networking, Big Data, and Cloud Computing. 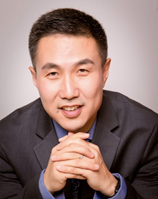 Abstract: Nowadays, we have witnessed the explosion of data and devices in the areas of IoT and mobile computing. Moreover, we are facing more and more complicated computation tasks, serious privacy and security problems, and critical delay requirements. All these challenges call for the application of edge computing to deploy computing resource closed to mobile users and the data source. In this talk, based on our own research results, we will mainly focus on the theory and platform implementation of edge intelligence, including online intelligence, distributed intelligence, as well as the privacy and security issues involved. We will also elaborate our current progress in the key applications of our edge platform such as Automatic Driving and AIoT Security.

Bio: Dr. Xiang-Yang Li is currently a professor and Executive Dean at School of Computer Science and Technology, USTC and co-Chair of ACM China Council. He is an ACM Fellow (2019), IEEE fellow (2015), an ACM Distinguished Scientist (2014). He was a full professor at Computer Science Department of IIT, and an EMC Visiting Chair Professor at Tsinghua University (2013-2016). Dr. Li received MS (2000) and PhD (2001) degree at Department of Computer Science from University of Illinois at Urbana-Champaign. He received a Bachelor degree at Department of Computer Science from Tsinghua University, P.R. China, in 1995. His research interests include artificial intelligence of things, edge computing, privacy and security, data sharing and trading, and algorithms. His Google-scholar citation is more than 22,000, and H-index is 76. Dr. Li and his students won 7 best paper awards, won the best paper award, the best demo award and the best poster award from ACM MobiCom, and was selected as best paper candidates of ACM MobiCom twice. Dr. Li has served or is serving as an editor of several journals, including IEEE/ACM ToN, IEEE TPDS, and IEEE TMC.